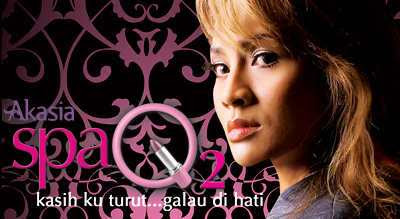 I was a bit 'geram' coz the ending wasn't like what i had suspected..

Qistina - i thought she'd be dead (due to her kidney prob). Turned out, she was hapily married to Fahmy

Fahmy - i thought he'd be disappointed with Qistina's death, so he asked Melissa's hand in marriage! :) hehe..

Zafrul - I thought he'd be sorry for all the awful things he did (to marlia), and in the end he was rot in the jail (for having force s*x (or rape) with Marlia)..

Marlia - well, i was so hoping they show her baby! but maybe it was hard to find a newborn to act.. haha..

Julia - i kinda confuse why she cried, eventhough she didn't love Dafi. So, i kinda guess she'll end up in a "Tanjung Rambutan"..

Dafi - I thought he'll marry with Tania (coz she said she has someone, but that "someone" was just something she make up to make Dafi jealous!)

Eryana - i thought she'll work with Qistina (to pay her debt to her mom) :)