Surprised..? me too! moreover, i have just purchased this: 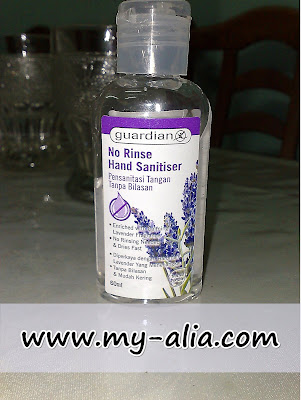 anyway, i got an email from my sister:

Yesterday, my youngest daughter, Halle who is just 4 years old, was rushed to the ER by her father for being severely lethargic and incoherent in her classroom.He was called to her school by the school secretary who said that she was 'VERY VERY SICK ' ! He told me that when he arrived at her classroom, Halle was barely sitting in the chair. She couldn't hold her own head up and when he looked into her eyes, she couldn't focus them. He immediately scooped her up and rushed her to the closest ER, and then called me. When he got there, they ran blood test after blood test and did x-rays,every test imaginable. Her white blood cell count was normal, nothing was out of the ordinary. When I arrived at the ER, the doctor there told us that he had done everything that he could do so he was transferring her to Saint

Francis Hospital for further test s. Right as we were leaving in the ambulance, her teacher arrived at the ER and told us that after questioning Halle's classmates, she had found out that our little girl had licked liquid hand sanitizer off of her hands !! Hand sanitizer, of all things. But it makes sense. These days they have all kinds of different scents and flavours and when you have a curious child, they are going to put all kinds of things into their mouths.

When we arrived at the Saint Francis' Hospital ER, we told the ER Doctor there to check her blood alcohol level, and yes we did get weird looks, but they did it. The results showed her blood alcohol level was 85% - six hours after we first took her. There's no telling what it would have been if we would have requested it at the first ER. Since then, her school and a few surrounding schools have taken the liquid hand sanitizers out of all the lower grade classes, but what's to stop middle and high schoolers from ingesting this stuff? After doing research on the Internet, we found out that it only takes about 3 squirts of the stuff ingested to be fatal to a toddler. For her blood alcohol level to be so high, it would be like someone her size drinking 120 proof liquor. So PLEASE PLEASE don't disregard this because we don't ever want another family to go through what ours has gone through.

thanks for the info.

erk.. takut nye.. thanks for the info ye cik zuhaini..